I have set Red aside right now until I finish the Maleficent piece. I have only 2 and a half weeks till the deadline and I'm panicking a bit. So I've been sewing like crazy. Here are some wips. 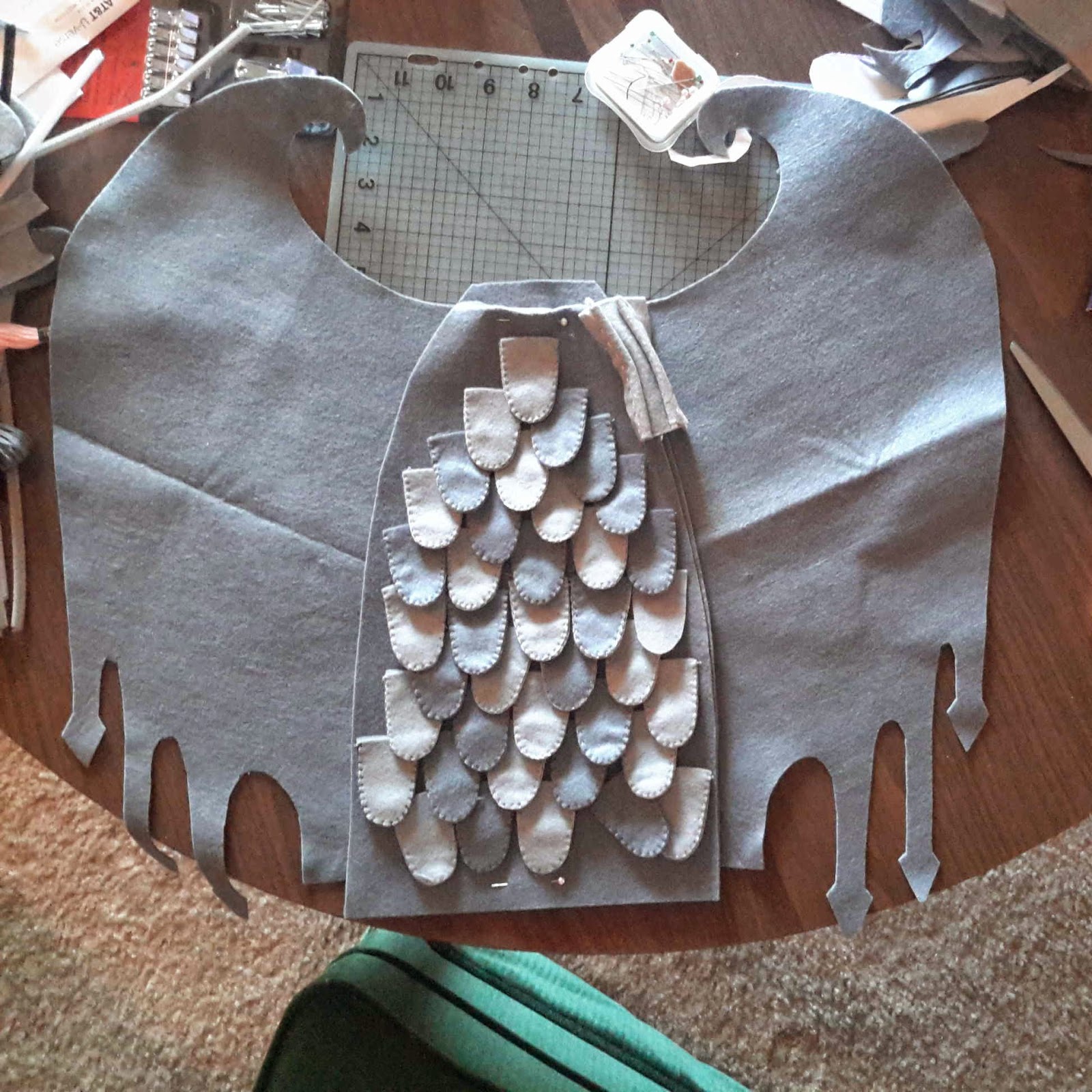 Checking the fit of the wings before iron them. 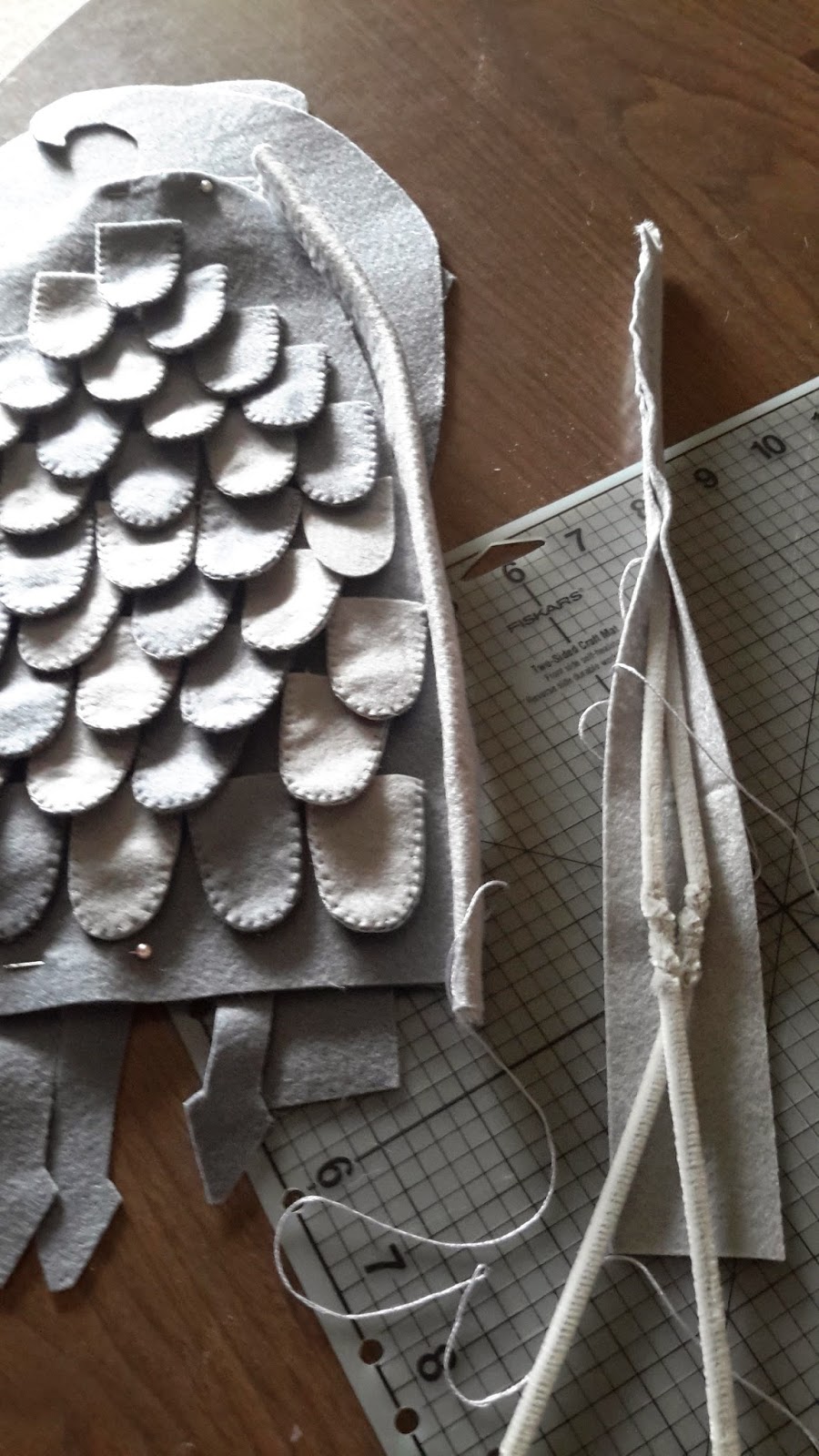 Working on some of the details. 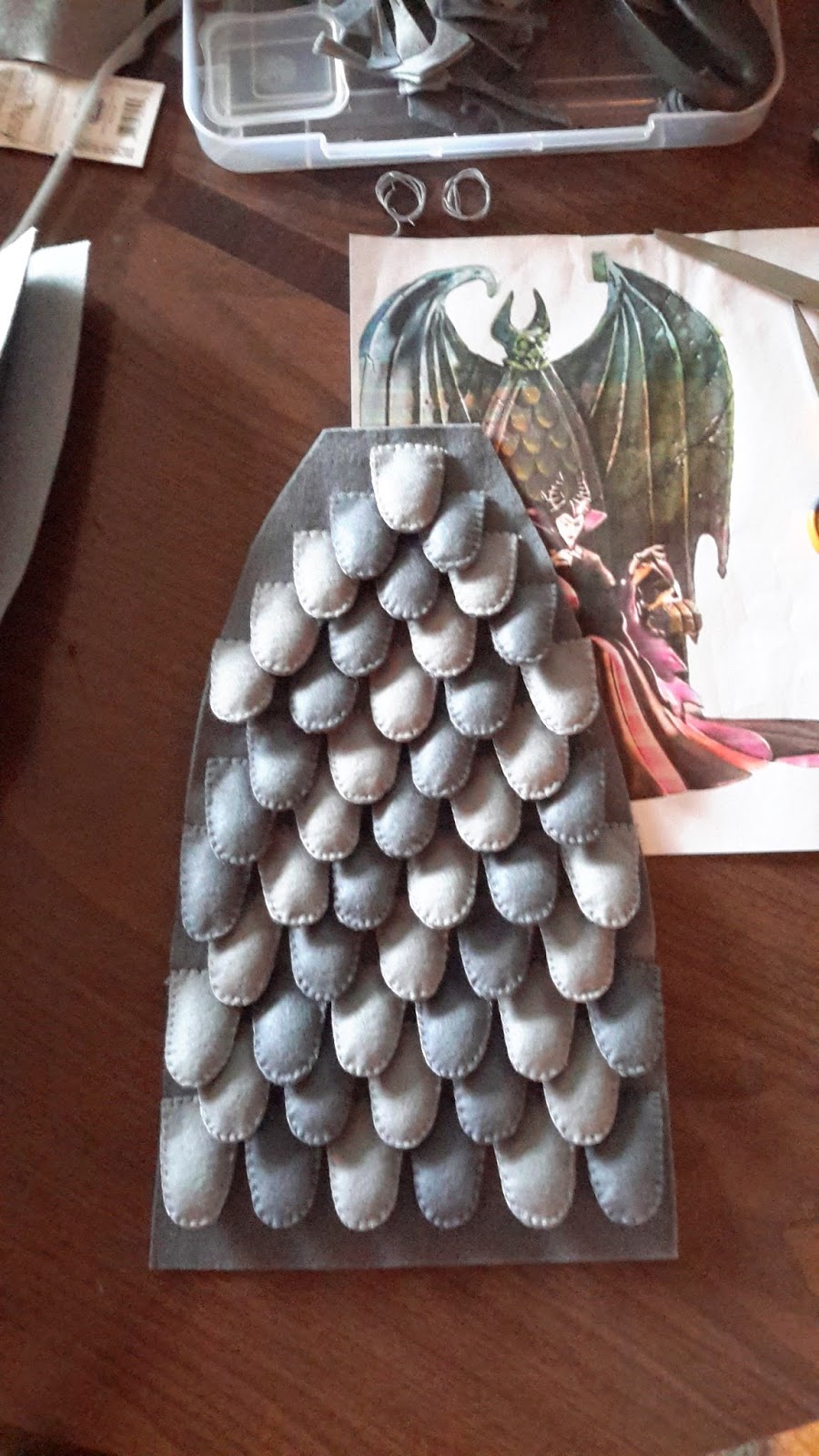 All the "stone scales" sewed by hand and lightly stuffed for dimension. 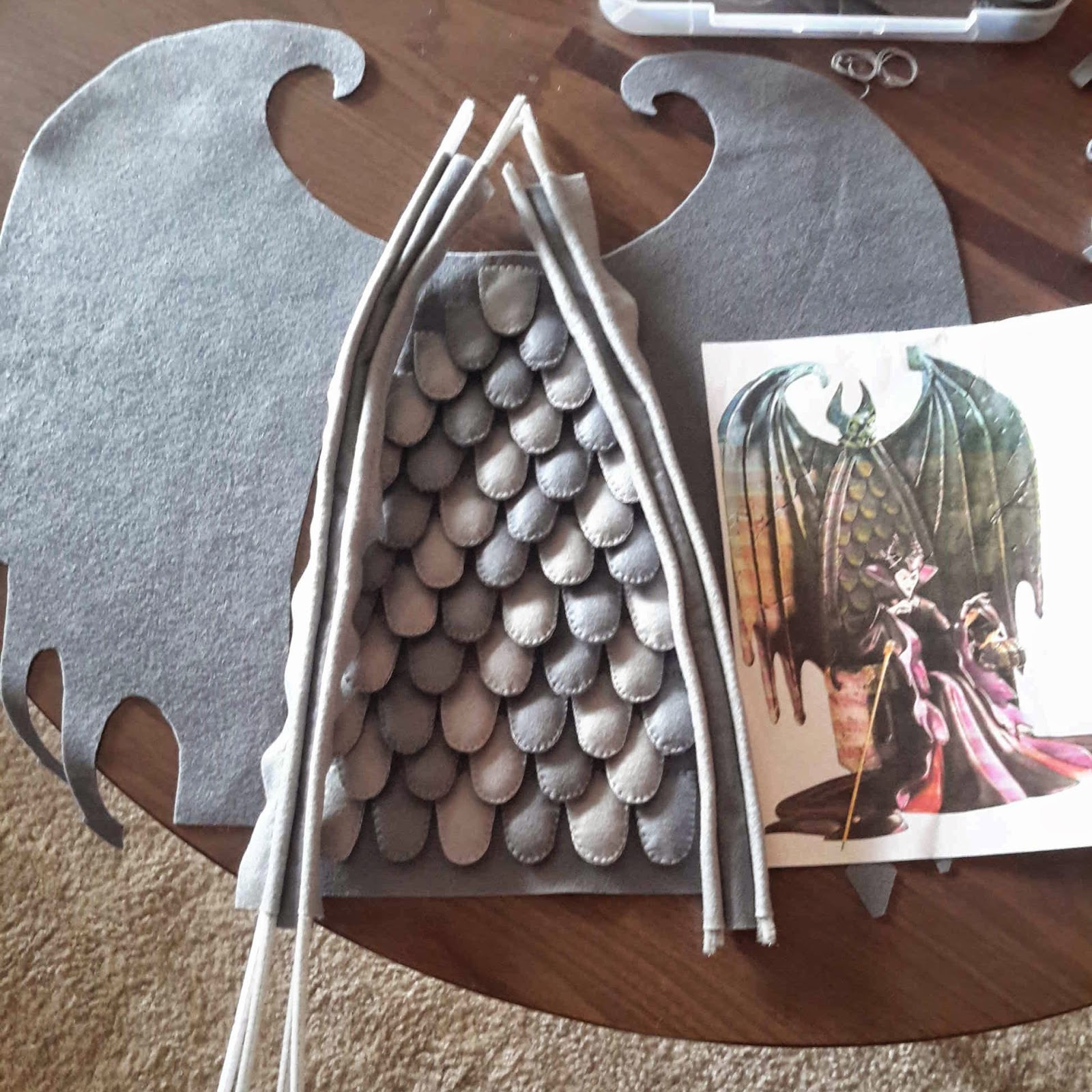 Checking the fit again. The throne has a bat head on it but dragon scales too so not sure what Disney was going for and if I have time I might change the bat head to a dragon, which makes much more sense to me. Don't hold me to it though as time is running out and I have to create a patten by the seat of my pants. If I do the bat head to make the deadline, I'll remove it and add the dragon's head later. 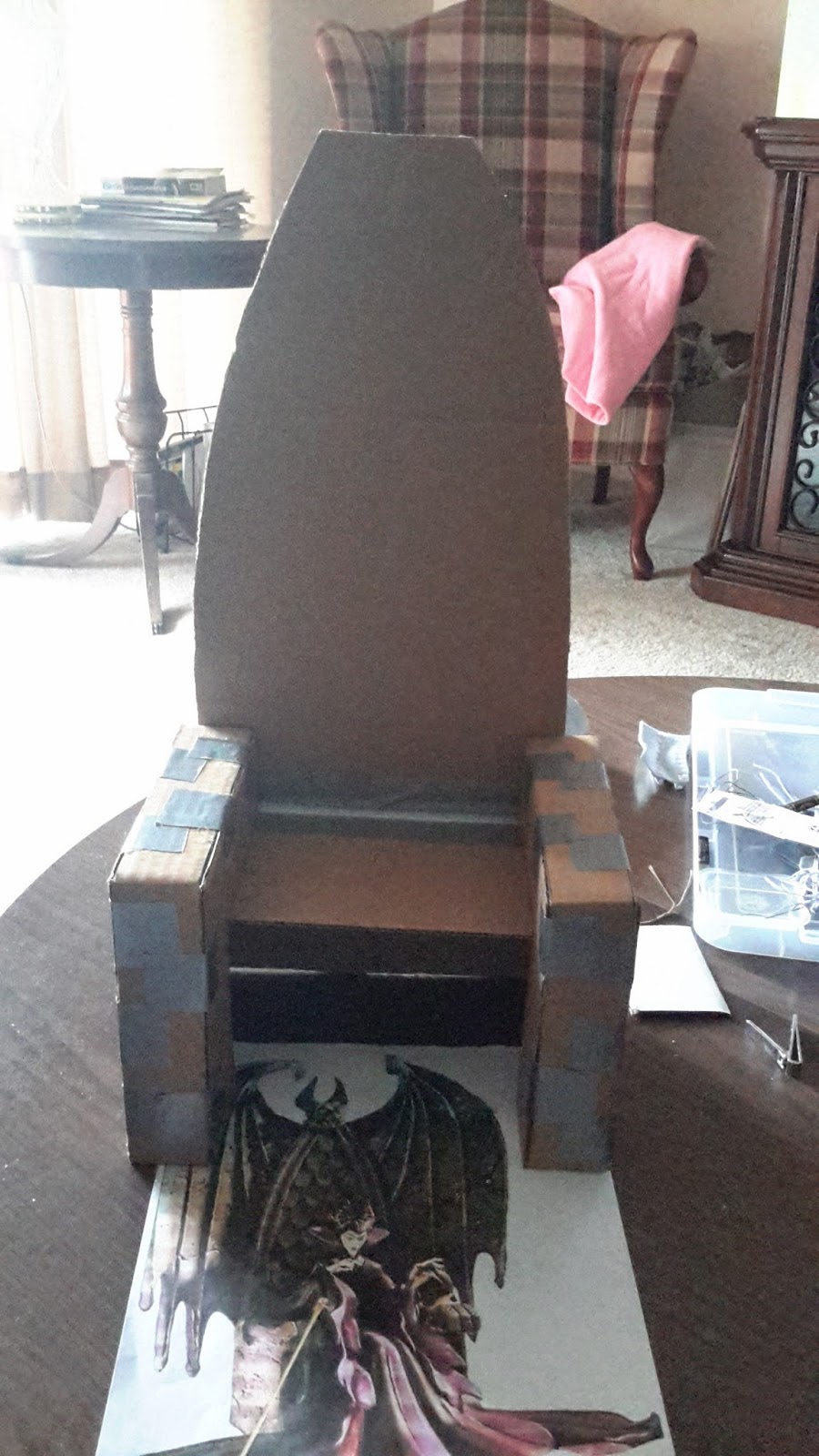 Realized the seat might not be sturdy enough to hold the doll so I made a cardboard under frame to scale. I may or may not use it but this also helps me see the piece in 3D so I can fix issues and firm details before committing to cut the felt.

Busy. busy trying to get some progress on a couple of projects. I've been working on a Red Riding Hood doll in the same style as Hansel and Gretel. People on Facebook have seen it but I haven't yet shared it here. 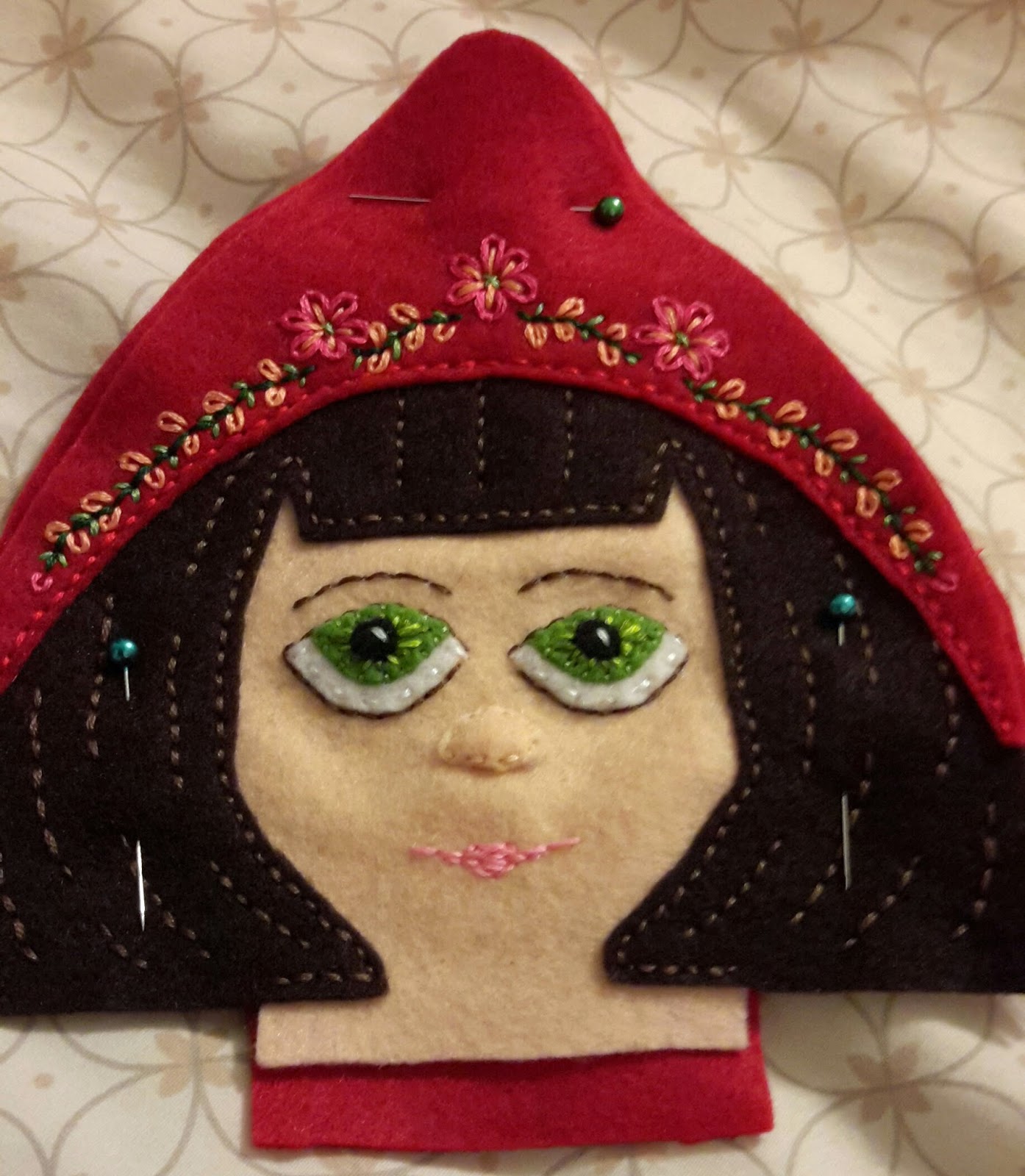 Since she's wearing a hood I took the opportunity to embroider it. 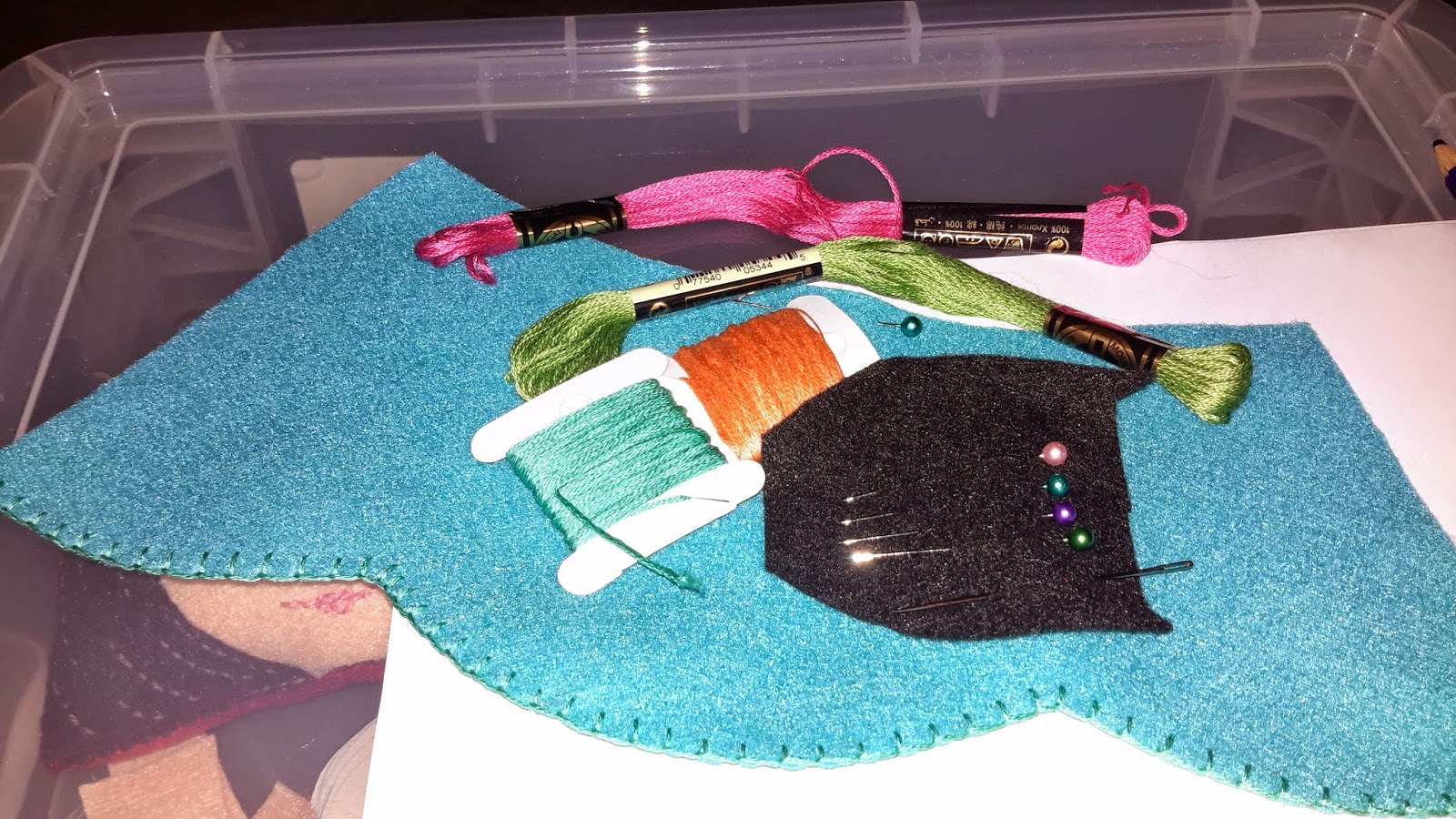 Love aqua and red together so Red's skirt is aqua. 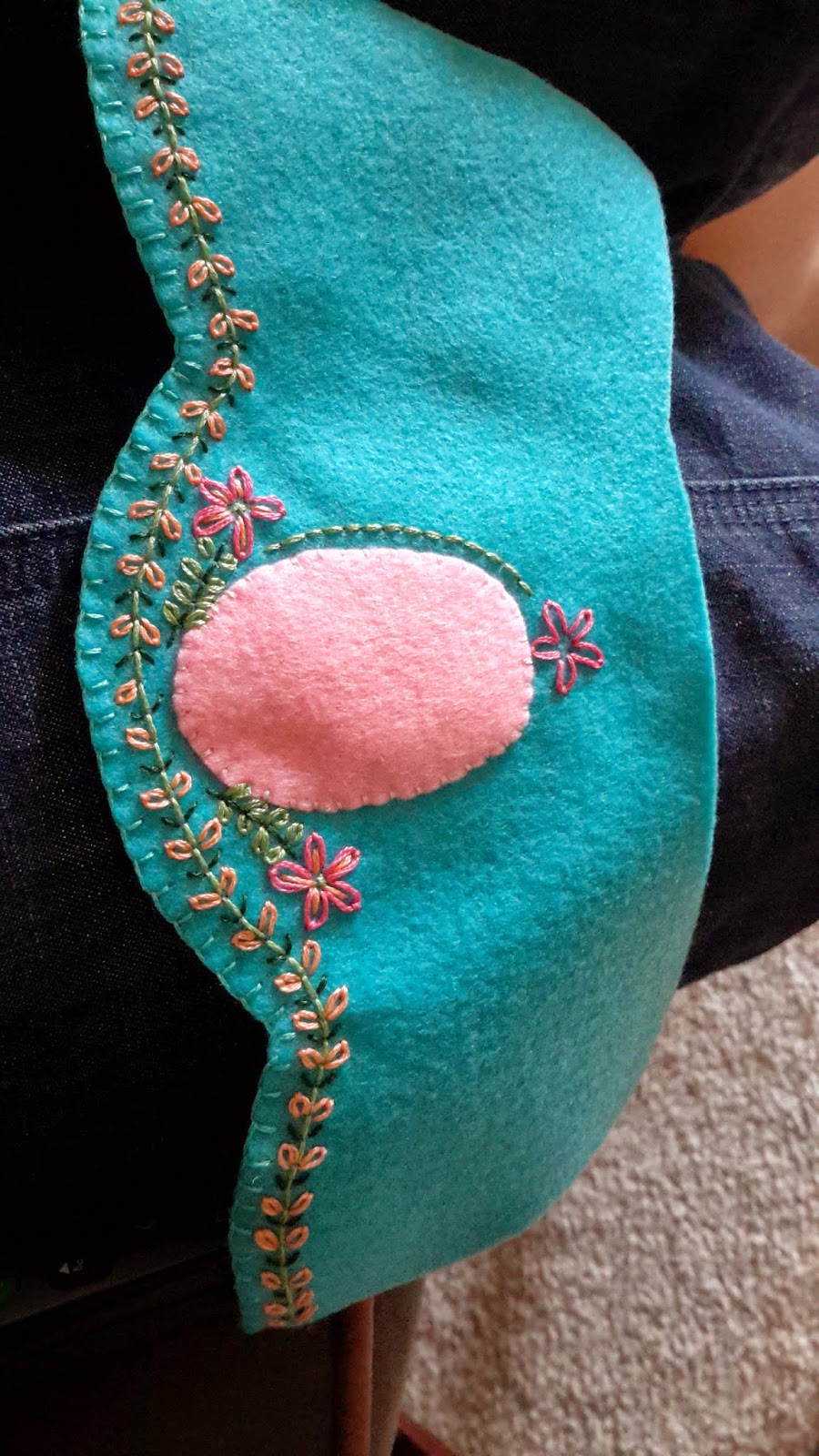 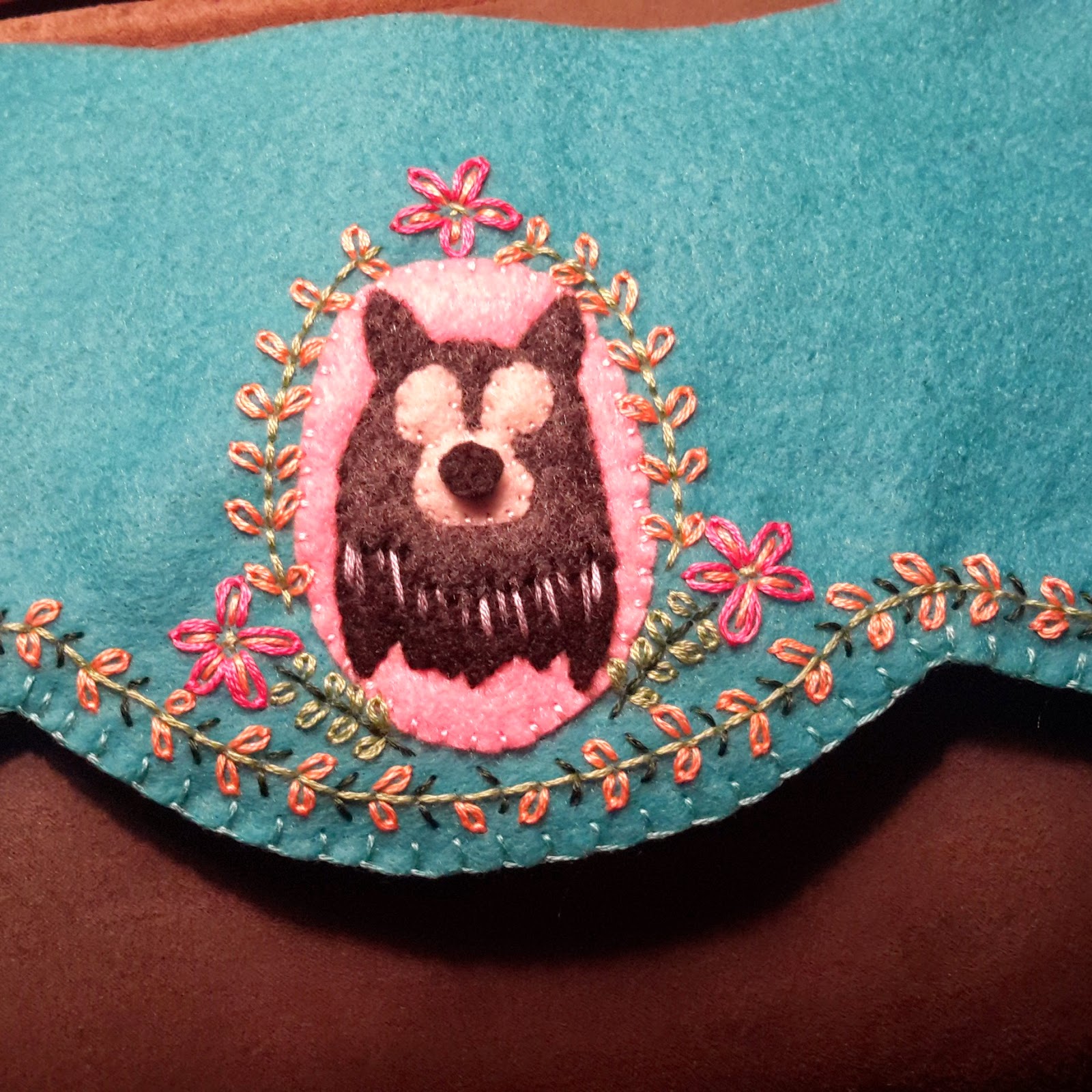 I decided to put a wolf on the skirt. Here he just looks too much like a bear to me so I ripped his face off and started again. 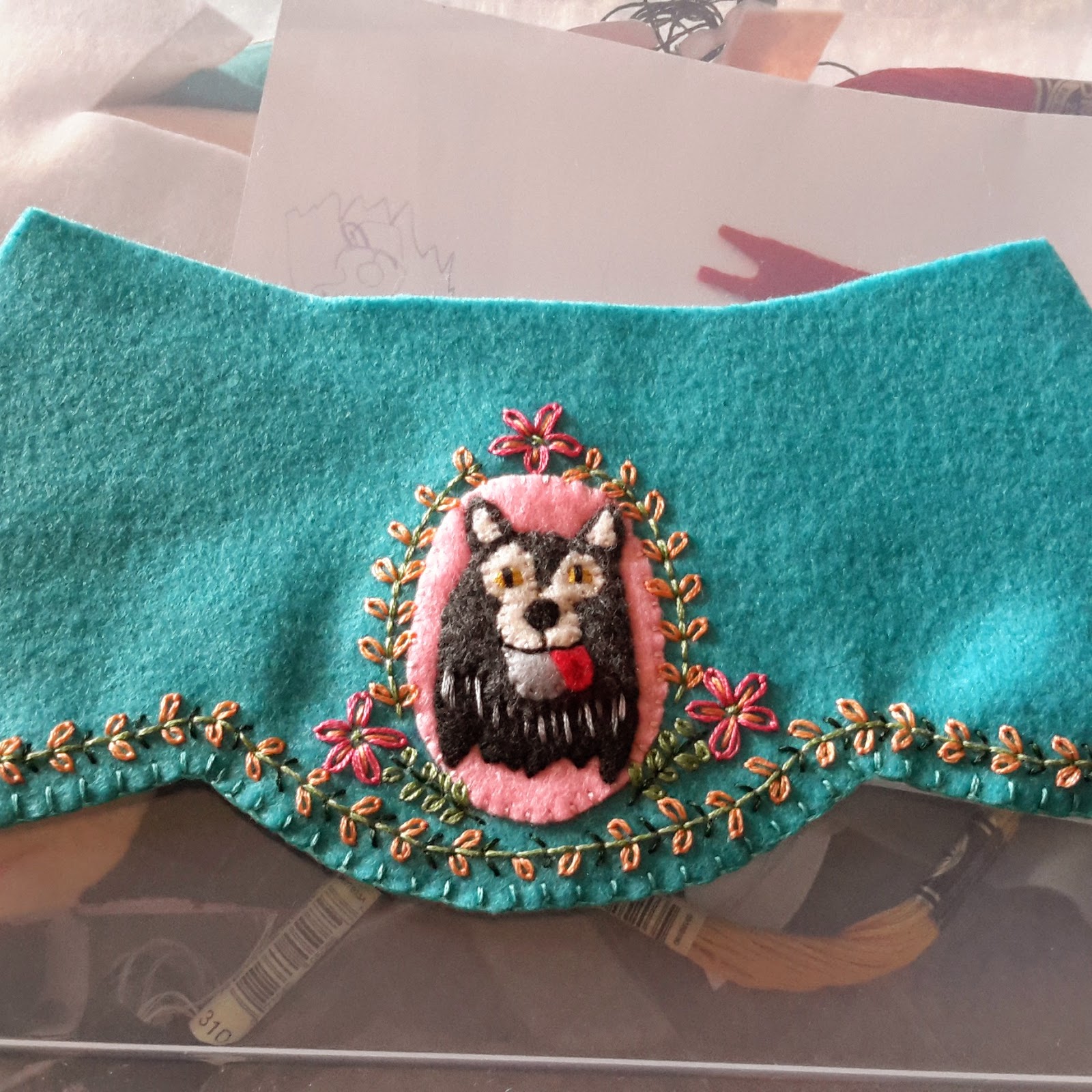 Here is the final. I added the tongue to make him more friendly looking since these dolls are pretty cutsie. He's not exactly what I was going for but at least he looks like a wolf or maybe a dog so I'm going to deal with it and not make myself crazy about it.

Still have her blouse and underwear and cape, which will all have some embroidery on it. I also have a wolf doll to do so they are a set. Once she's done what other fairytale would you like to see?
Posted by sassypackrat at 12:34 PM 4 comments:

Wheeeee! Normally I'd have a giveaway but I just did that so I'll probably wait until my 525th post for a super duper giveaway. Any ideas on what I should do?

Anyhoo this post is about a special project I'm doing. I know, I know, I'm ALWAYS doing a special project. This one is a challenge project that I think I mentioned previously. Patrick Gill is hosting a fun Dark Villains of Fairy Tales challenge. I got Maleficent from Sleeping Beauty and have spent a long time deciding how I'm going to do her. This isn't a typical doll challenge this is a scene in a diorama or shadowbox. Most of the participants are sculptors of clay and while I have sculpted, it's not really my medium so I decided I would do this whole thing in felt. We are supposed to push ourselves beyond our comfort zone and do something really spectacular. That's exactly what I'm doing and can tell I'm out of my comfort zone by the amount of anxiety I'm feeling about this.

I finally figured out the scene and started working out the process which I'll share wips of here. It's going to be a shadowbox and will be a soft sculpture piece. I'm not going to share all the details yet because I'm under a time crunch and may not be able to do one part of it in order to meet the deadline, but you'll see what I'm confident I can complete in time. I have until May 31st but hand sewing takes a long time and I have another project going at the same time so I may not sleep much this month. Hey who needs sleep when your creative mojo is on high? 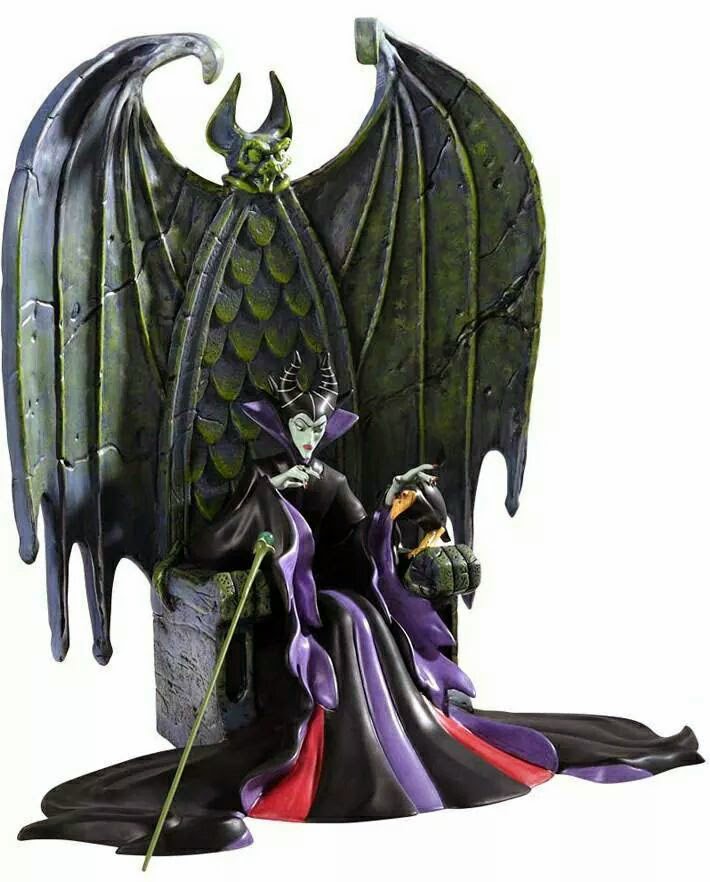 This is the basic scene I'm doing. It would be fun to sculpt this in clay but the real challenge for me is soft sculpting this. 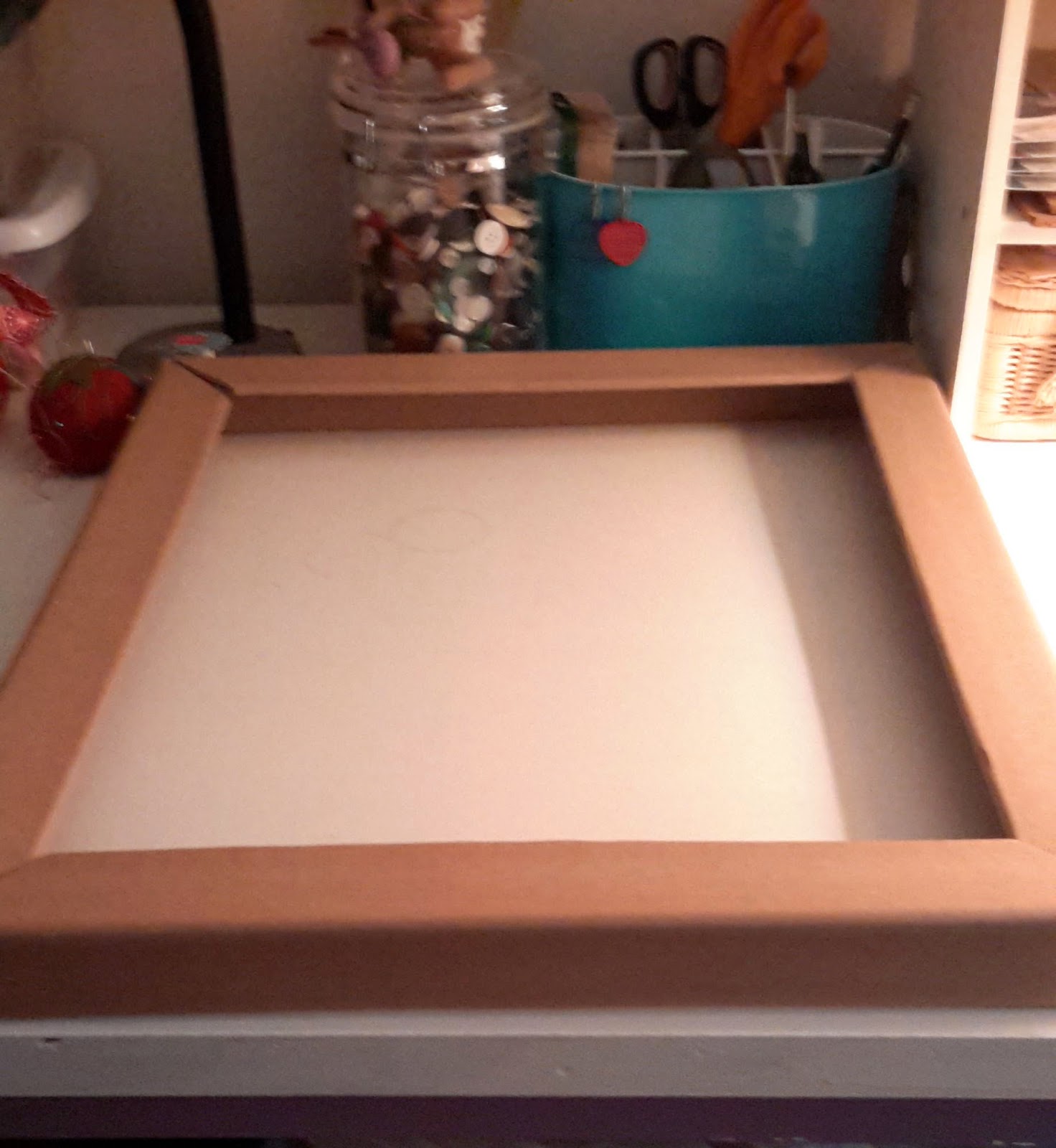 This cardboard frame came in a box that our new grill was in and is a perfect size to make a shadowbox. Until I found this I was unclear on the size this piece should be, then it was a eureka moment and everything melded together in my head. 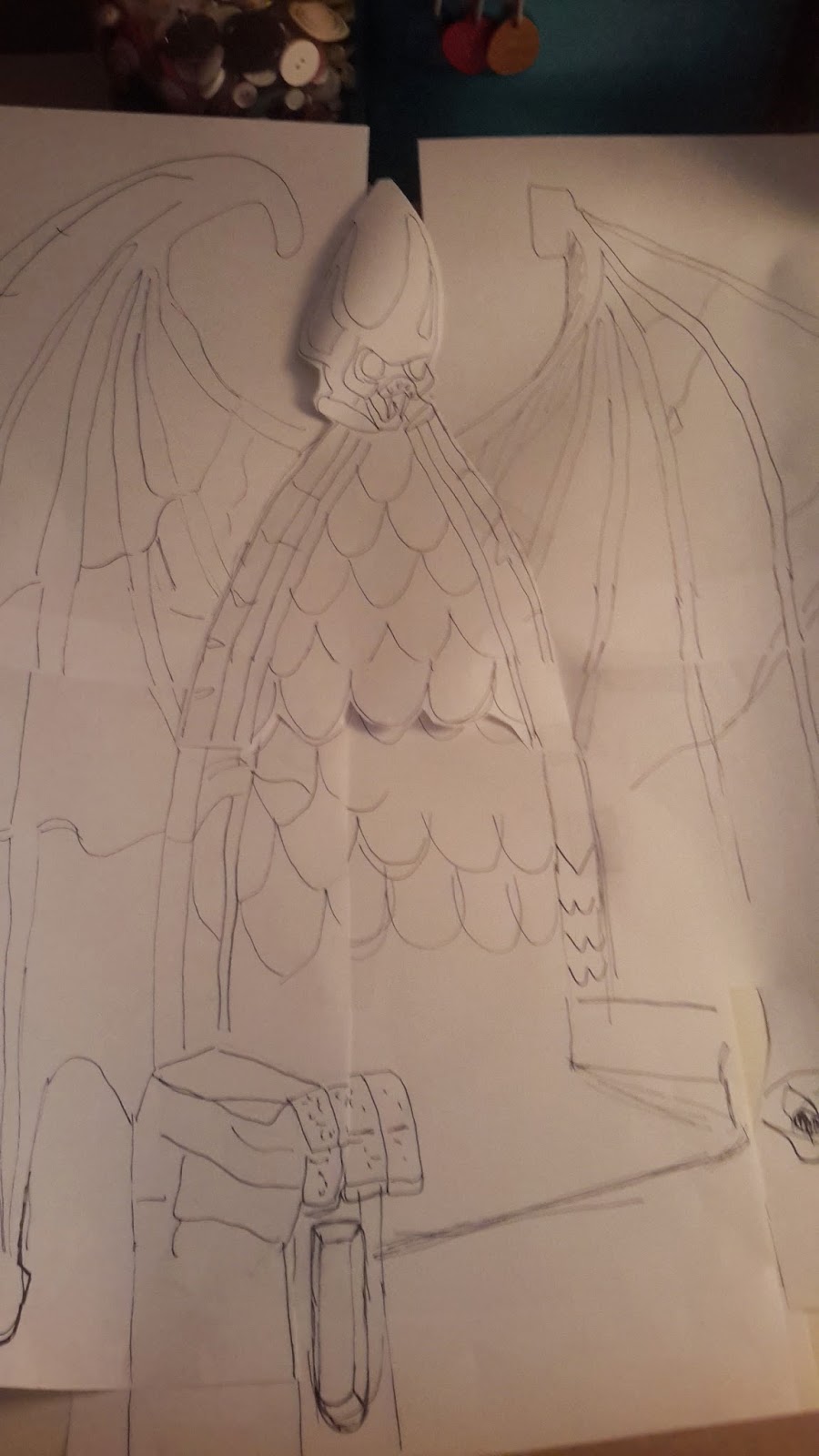 I did a really rough sketch to get the proportion and size correct and will built the throne first then Maleficent. 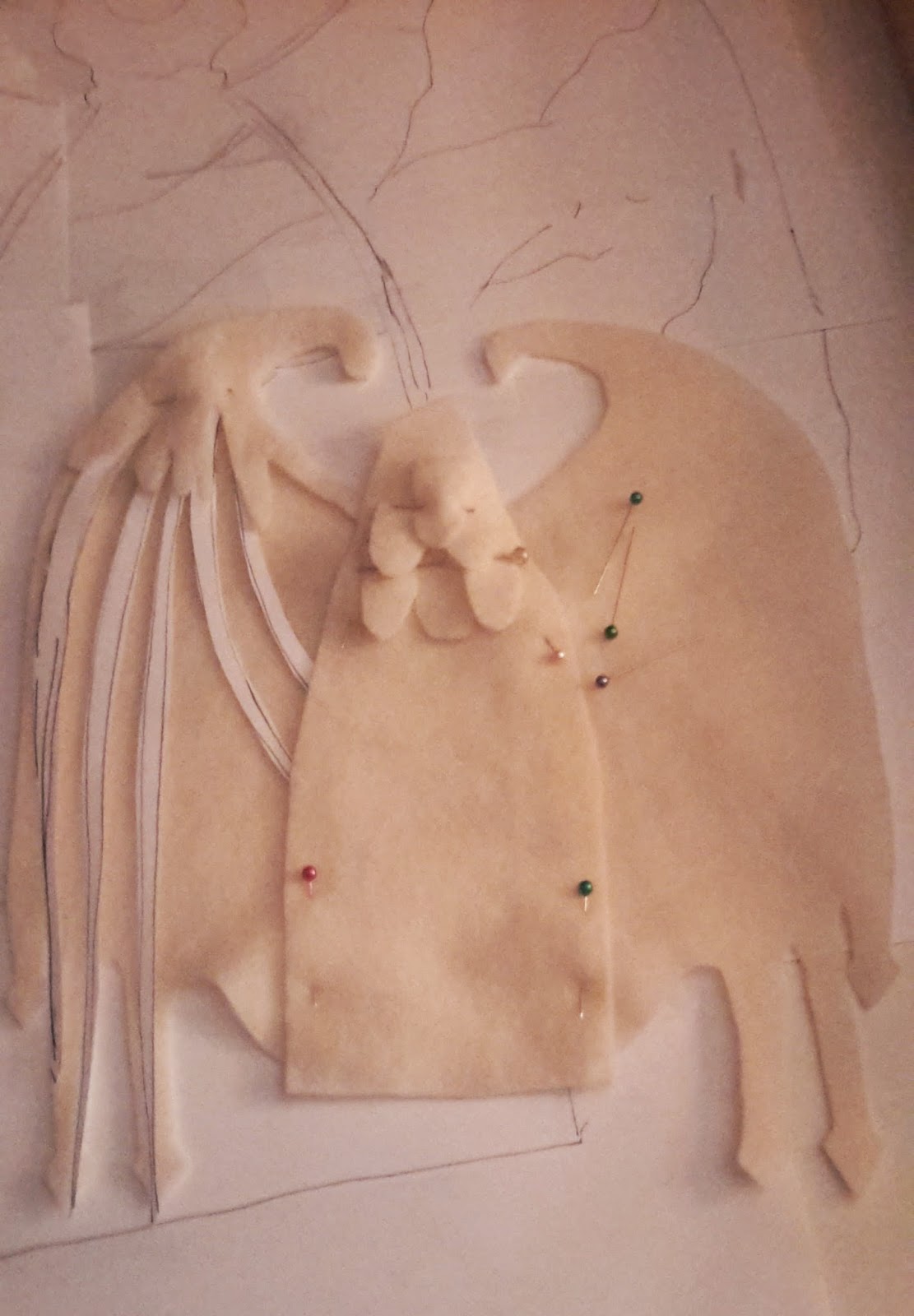 I started a smaller prototype at about a 1/3 of the size to work out the details and some problems that I foresee. I had to wait 2 weeks to start this because my mom had surgery and needed care and I was too tense to work on this. But I am starting and I'm still nervous about it so and positive thoughts would be appreciated.

PART 2 and PART 3 and PART 4 can be found by clicking these links.

Do you want to try your hand at an easy felt project? Join my newsletter and get FREE access to my newest patterns!
Posted by sassypackrat at 3:29 PM 1 comment: 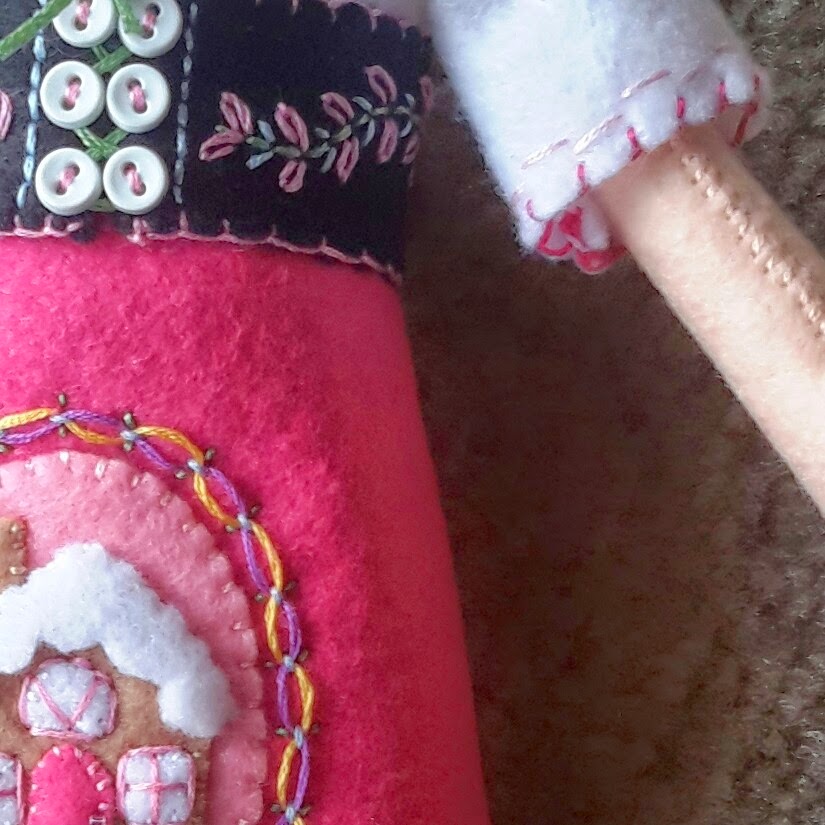 I forgot to show this here on my blog. She's done but I want to wait to show her completely until I have the rest of the series done and I put them up for sale. I will show wips of the others as I go along. I'm currently working on Red Riding-hood.
Posted by sassypackrat at 5:46 PM 2 comments:

sassypackrat
Hi I'm Jennifer Tobicoe and I'm a new felt craft pattern designer. I've created felt soft sculpture for years and now I want to share my love of felt with you. Anyone can create amazing things in felt and I'm on a mission to help share with you how easy and fun it can be! Besides my love of felt, I'm a lover of all things small, colorful and cute. I hope you enjoy spending time on my blog!

Can Felt Be Ironed? Fact or Fiction?

This is absolute fact ! Yes you can iron felt! I've heard over the years that felt that isn't 100% wool can't be ironed. Well l... 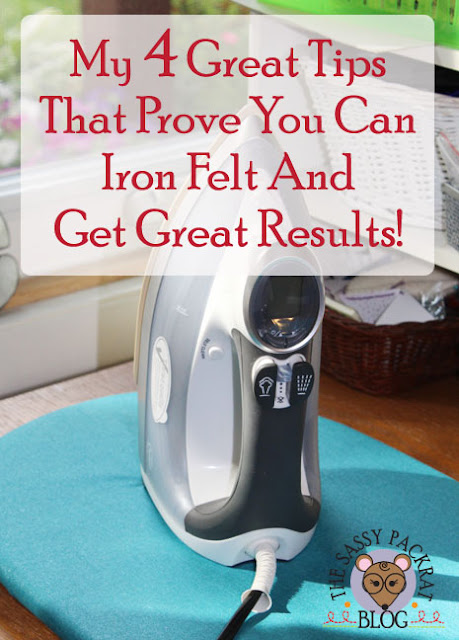 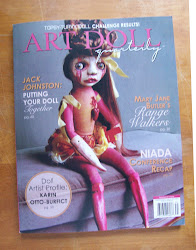 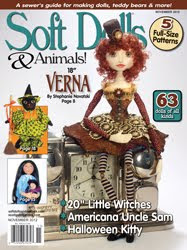 My Native American Doll is in this issue